JOHN FOREMAN STAFF was a steward who came free to the colony on board his uncle’s barque Denmark Hill (1821). He soon established himself in Parramatta where he led a varied working life and remained active in the community until his death in 1876. In May 1827, for example, STAFF was appointed constable and stationed at the Parramatta Female Factory. It was a post he may not have held for long, however, as he was already recorded as a schoolmaster of George St, Parramatta by the time of the 1828 Census. Among his other occupations, he was an auctioneer and commission agent, parish clerk and choirmaster of St. John’s Church, Parramatta then at the Wesleyan Chapel, Bailiff of the Court of Requests, Parramatta. His charitable projects included the Parramatta Benevolent Society for the relief of the aged and infirm, sick and poor, and he was also a patron of the Asylum for the Deaf and Dumb and Blind. An 1840s needle painting by STAFF’s daughter, ELIZA SOPHIA STAFF, is located at St. John’s Church, Parramatta and depicts JOHN FOREMAN STAFF, Reverend SAMUEL MARSDEN and Reverend H. H. BOBART as well as St. John’s original three-tiered pulpit.

STAFF appears to have experienced some unpopularity within the local community with one newspaper satirising him while stating he did not practice what he preached regarding Teetotalism and other reports of him being a victim of assault and a break-in. The satirical piece in Bell’s Life in 1846 stated that STAFF had “got his passage to this colony through being a doctor and a man-midwife.” 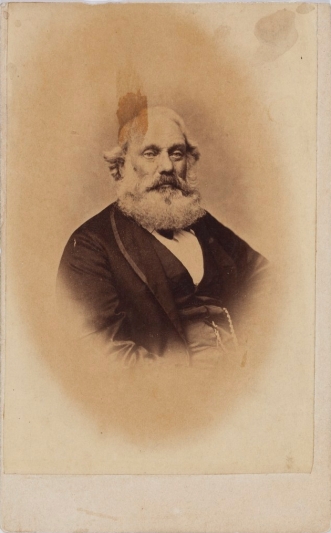