Convict’s child who was born and died at the Parramatta Female Factory. HARRIET was one of a set of twin girls born to convict ANN COLWELL and an unnamed father. The twins’ mother died soon after giving birth and was buried in the parish of St. John’s on 5 September 1840. One of the twin girls also died age 2 weeks old, and the other died aged 2 years old. It is not clear which daughter died first, as both girls were incorrectly recorded as “MARY ANN COLWELL” on the St. John’s parish burial records. 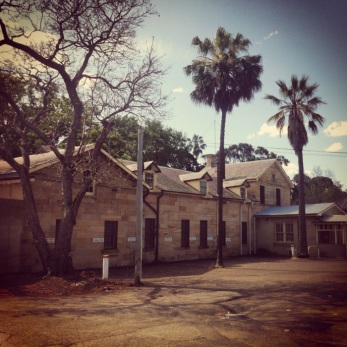 The lying-in hospital, Parramatta Female Factory, viewed from where the original main barrack building of the factory once stood. Photo: Michaela Ann Cameron (2014) 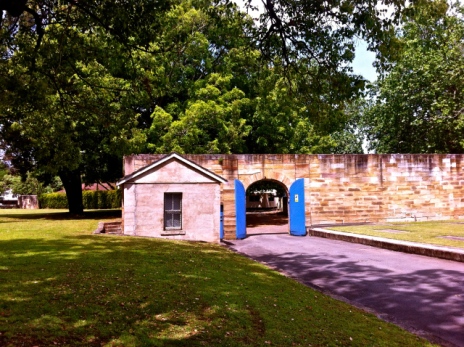 The small building to the left of the big blue doors was the “dead house” at the Parramatta Female Factory. Photo: Michaela Ann Cameron (2014)